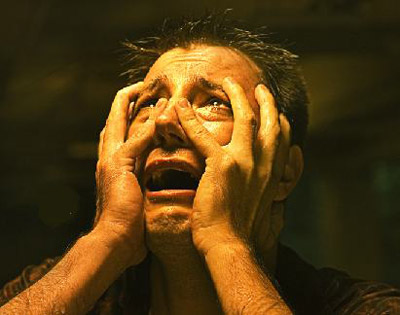 Have you ever felt so stressed that it got you sick?

It is a wide-known fact, already regarded as common sense, that too much stress can be detrimental to our health. Not only does exposure to it affect our behavior and vice-versa, it also affects our body, specifically our nervous and immune systems. Here is the analysis of the process.

Austrian-Canadian endrocrinologist Hans Selye was the founder of the field of research concerning stress and its effects on the human body. He studied the sequence of events experienced by the body during stress adaptation, called the general adaptation syndrome (GAS). According to Selye, the body goes through three stages or responses during stress:

Alarm and resistance are stages that we frequently experience throughout life, allowing us to adapt to life’s harsh demands. However, it is the prolonged secretion of the stress hormones during exhaustion that bring the fatal effects of stress. This aspect convinced other researchers to see the connection between stress and, in Selye’s words, diseases of adaptation.

Example: You are out for a jog. Suddenly, you hear the barking of a dog. You later realize that it’s right behind you, and it’s chasing after you.

Stress and Your Defense

When stress is good

When leukocytes (white blood cells) surround a pathogen, they surround it and release the chemicals and enzymes into the bloodstream. Such chemicals activate receptor sites on the vagus nerve, alerting the brain that the body is sick and making the immune system work even harder.

Stress works the same way except that rather in the bloodstream, it starts in the brain. Just as constant exposure to weak pathogens further activates the immune system, so does exposure to stress. In other words, stress makes your body’s soldiers even stronger.

When stress is bad

The immune system serves to protect the body from harmful pathogens; however, it may find itself under friendly fire. Basically, when you subject yourself to stress, and you deal with it the wrong way (see first link above), or when you take in too much, you are bringing yourself down. The body produces cortisol, which suppresses inflammation, during stress. If it lingers for too long in the body (chronic stress), we will begin resisting it, leading to chronic inflammation. The body resists by releasing cytokines, substances associated with chronic inflammatory and autoimmune conditions. Such negative effects persist even after the stress itself disappears.

Illnesses brought by stress include heart diseases, cancer, depression, and HIV/AIDS. It affects not only those exposed to stress, but also those around them.

When we are stressed or challenged, we feel we are threatened and need either to fight back or run away. Some forms of stress are good and beneficial whil others are bad, but having too much of stress is tantamount to suicide. We need to change either our environment, where there are less problems, or our reaction thereto, where we can use stress always as a motivator.

Dealing with Stress: The What and the How