Gaslighting is a psychologically abusive tactic used in many toxic relationships. It manipulates an individual’s perceptions–making them doubt their own sanity and reality. Interestingly, the ominous term was fashioned from the film Gaslight, which was released in 1944. Luckily, I was able to watch the film in its entirety online (thank you Archive.org!). After watching Gaslight, I questioned if it was literally as easy as was shown in the film to subject someone to gaslighting in everyday situations. While I assume feelings of trust play a major factor in being gaslighted, I’m certain there are more complex emotional and psychological factors at play. That said, I felt grateful to stumble upon an article written by Preston Ni entitled The 7 Stages of Gaslighting in Relationships. Continue reading to learn more, and lean upon Preston’s insightful responses to help untangle the intricate web that is gaslighting.

“Gaslighting is a form of persistent manipulation and brainwashing that causes the victim to doubt her or himself, and ultimately lose her or his own sense of perception, identity, and self-worth. It can occur in personal relationships, such as verbal, emotional, and/or physical hostility from one partner to another; at the workplace when a supervisor regularly and unfairly berates his or her employees; or over an entire nation when commercial advertising or public figures make pronouncements that are clearly contrary to the good of society. Gaslighting can be learned from family, media, and/or societal norms. It is a phenomenon that’s becoming ever more pervasive in our society today, which is why I wrote my book: “How to Successfully Handle Gaslighters and Stop Psychological Bullying.”

“Gaslighting is predominately a negative and destructive trait. Some gaslighters may occasionally use flattery or other forms of positive reinforcement as a manipulative tactic. When the victim’s guard is down, the next round of gaslighting may begin.”

“Those who trust and have a good sense of themselves can be more immune to gaslighting. However, gaslighters tend to persist in their coercion as long as you’re in their orbit. Like psychological warfare, by keeping up with the negativity, the gaslighter

“Probably yes, at least to some extent, if one has regular contact with the gaslighter. When one is repeatedly exposed to negativity, manipulation, and coercion, it’s hard not to be affected.”

“There are many tips to guard against being gaslit in a relationship. One of the most important ideas is to keep a healthy distance whenever possible. It is also crucial to learn how to communicate affirmatively to yourself and with the gaslighter, to minimize the impact of being gaslit.”

“Many gaslighters purposely want to dominate and control an individual or a group. That said, there are other times when a gaslighter is unaware of his or her destructive behavior. An example would be someone who consistently makes derogatory sexist, racist, and homophobic slurs because that was how this individual was raised, but is oblivious to the hurtfulness of such remarks.” 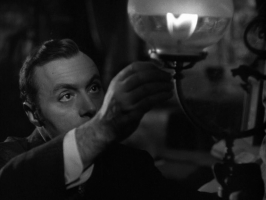 “It takes two people for gaslighting to work: the gaslighter, and the victim. As soon as the victim decides she or he will no longer accept the ill treatment, the process of change begins. This is sometimes easier said than done because of the codependent factor, but it is definitely doable. It often takes critical astuteness to spot and protect oneself from gaslighting, be it in romantic or family relationship, at the workplace, or in society at large.”

“While some gaslighters employ the “false hope” tactic, others do not bother with it. Many toxic and abusive relationships are that way on an almost daily basis.”

“Gaslighting and narcissism are different traits with certain overlaps. Both can be ego-centric, manipulative, and coercive. Whereas narcissists tend to focus on self-absorbed, selfish machinations (to use others), many gaslighters fixate on power and control (to dominate others). Someone who has strong pathologies of both narcissism and gaslighting is toxic and dysfunctional at best, and highly dangerous at worst.”

Preston Ni is a professor and communication specialist in the areas of interpersonal effectiveness, professional communication, cross-cultural understanding, and organizational change.

While gaslighters seek to confuse, control, and dominate, one should definitely consider distancing him or herself when dealing with such individuals. While I know it can be difficult and quite uncomfortable to place distance between yourself and someone you love (or like) in personal relationships/friendships, staying close is far more damaging when your mental health is at stake. Remain aware that your feelings and experiences are valid, and no one possesses the power or authority to invalidate you or your perceptions. Trust yourself as best you can, and always remember that…

However, if you’re not quite ready to disengage, it’s okay! Luckily, we have professionals like Preston Ni to help us figure things out.

Please confirm you want to block this member.

You will no longer be able to:

Please note: This action will also remove this member from your connections and send a report to the site admin. Please allow a few minutes for this process to complete.